We eat a credit card's worth of microplastics a week 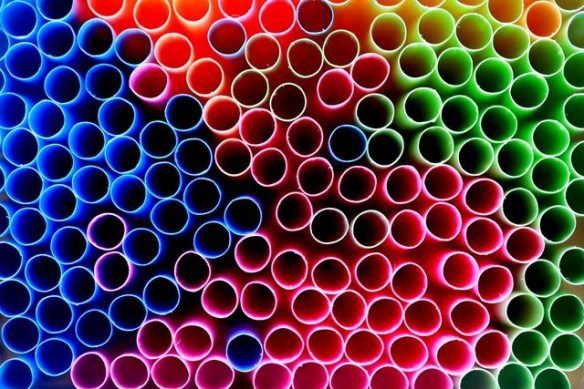 A deeply depressing study out of the University of Newcastle in Australia has been published which reveals that we basically eat enough plastic to make a credit card a week.

What is a micro plastic, you ask? They’re plastic particles smaller than five millimeters, and we’ve been breathing them in, swallowing them, and rubbing them on our body.

“But anonymous content creator, that’s not me!” you say in the comments. “I only eat what I pick from my own garden, all of my food is served on earthenware bowls, and I only shower by standing in intense meditation under waterfalls.”

Well, good for you, but for the rest of us: micro plastics are inside artificial clothes fibers, microbeads found in some toothpastes, or bigger pieces of plastic which gradually break into smaller pieces when they're thrown away and exposed to the elements. We’re surrounded by it, and it’s getting into our bodies and slowly turning us all into Transformer figuines. 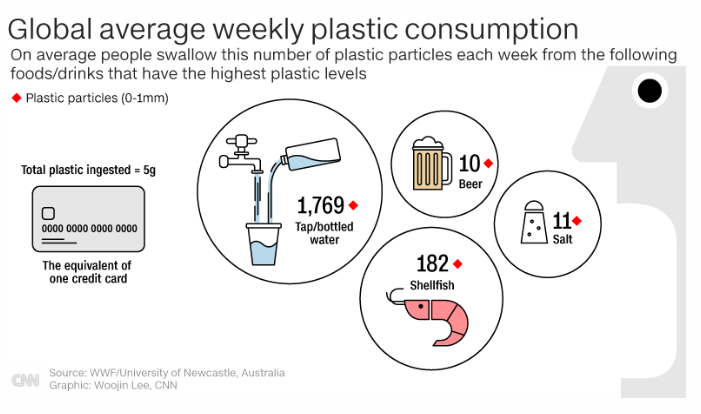 From the CNN article:

"It is very clear that the issue of microplastics is a global one. Even if countries clean up their backyard, it doesn't mean they will be safe as those [microplastic] particles could be entering from other sources," she said.

The research was commissioned by the World Wildlife Fund (WWF) for its report "No Plastic in Nature: Assessing Plastic Ingestion from Nature to People."

It found that the average person consumes as many as 1,769 particles of plastic every week just by drinking water -- bottled or from the tap. But there could be large regional variations. It quotes a 2018 study that found twice as much plastic in water in the United States and India than in European or Indonesian tap water.

The long term effects of our big plastic diet isn’t quite known, but they’re still scary. Professor Richard Lampitt, of the UK's National Oceanography Centre, who was not involved in the research, told CNN that it was difficult to assess the significance of ingestion rates without understanding the associated health risks.

"There is very large uncertainty about the harms that plastics do," he said.

"Plastic is not a particularly harmful material, however there is the potential that it does significant harm," Lampitt said, adding that further research is needed into the impact of long-term plastic exposure.

Scary, right? Check out the video below.