The first genetically modified animals have been approved for US consumption 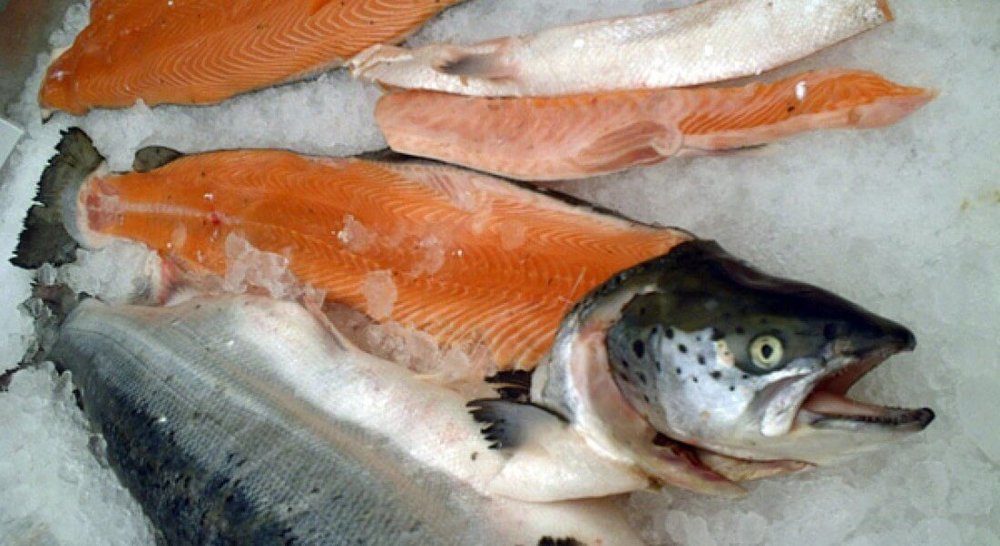 There’s a Canadian company called AquaBounty which has produced salmon genetically modified to age faster, so they will be ready for consumption sooner. These fish eggs are now sitting in an aqua farming facility in Indiana, where they’re likely to be on people’s plates by the end of the year.

To produce the fish, AquaBounty injects the salmon with DNA from other fish species, which shrinks their growth time considerably. The resulting fish requires less feed to maintain, which makes them cheaper to get to the marketplace. AquaBounty’s CEO Sylvia Wulf noted its salmon has already been sold in Canada, where disclosure is not required. She said the company believes in transparency but questioned why people would want to know whether the fish are genetically modified.

“It’s identical to Atlantic salmon, with the exception of one gene,” she said.

But here’s the trouble; these fish getting out into the public might mean a big increase in the amount of genetically engineered food that we encounter. 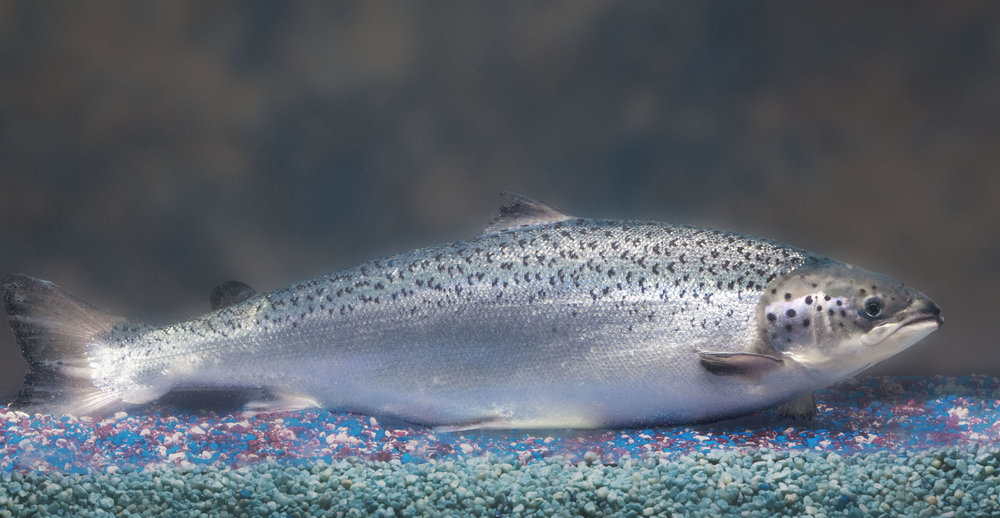 We all know about the corn and the soy that have been genetically engineered to be more resistant to pests and herbicides, but this past month has seen a further deregulation in the bioengineered food industry. New gene-splicing technology will make further genetic engineering much easier, and earlier this month President Donald Trump signed an executive order directing federal agencies to lower their standards for genetically engineered plants and animals. These new standards mean that the newly produced genetically modified foods will not have to be clearly labeled as bioengineered for the consumer, a practice started in 2015.

This has consumer advocate groups concerned. From an article on MarketWatch:

The disclosure regulation will start being implemented next year, but mandatory compliance doesn’t start until 2022. And under the rules , companies can provide the disclosures through codes people scan with their phones. The disclosure also would note that products have “bioengineered” ingredients, which advocacy groups say could be confusing.

“Nobody uses that term,” said Amy van Saun of the Center for Food Safety, who noted “genetically engineered” or “genetically modified” are more common.

The center is suing over the U.S. Food and Drug Administration’s approval of AquaBounty’s salmon, and it is among the groups that asked grocers to pledge they wouldn’t sell the fish.

The disclosure rules also do not apply to restaurants and similar food service establishments. Greg Jaffe of the Center for Science in the Public Interest noted that AquaBounty’s fish will represent a tiny fraction of the U.S. salmon supply, and that many people may not care whether they’re eating genetically modified food. Still, he said restaurants could make the information available to customers who ask about it.

“The information should not be hidden,” Jaffe said.

There are grocery chains like Kroger and Whole Foods which refuse to carry the fish after pressure from consumer advocacy groups. Consumer watchdog groups want to make sure any future genetically engineered foods are thoroughly tested before being sent out into the public.