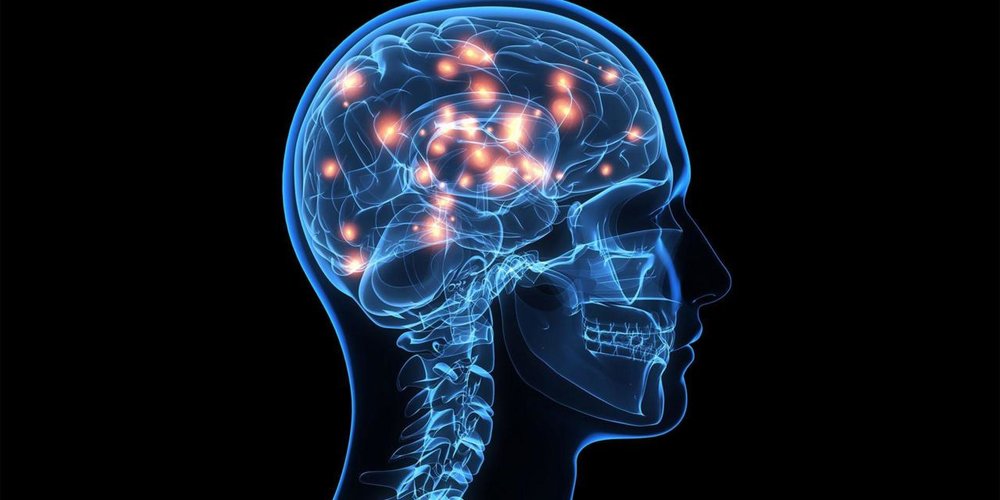 Neuroscientist Sandrine Thuret opens up her TED talk with a story about a doctor who noticed that people who'd come through chemotherapy treatment were suffering from depression, even though they were free from illness. A little bit of research showed that the chemotherapy was suppressing the process of neurogenesis, which is the body's ability to generate hundreds of new neurons every day through the hippocampus. When the brain doesn't get new brain cells, the mind can fall into depression.

For a long time, many doctors and researchers believed that the process of neurogenesis ended in early adulthood, but new studies released within the past month has suggested that we continue to produce new neurons throughout our adult life, though production can be altered through lifestyle choices.

In people with depression, there's a lower level of neurogenesis. Antidepressants increase the production of newborn neurons. Neurogenesis can also help lessen the effect that aging and stress has on the mind. It is also important to take care of your body. To test this, scientists studied the neurogenesis of two different mice. The first had a wheel in its cage for exercise, the second one didn't. The study showed that the mouse with the exercise wheel produced far more neurons from the hippocampus than then sedentary mouse. 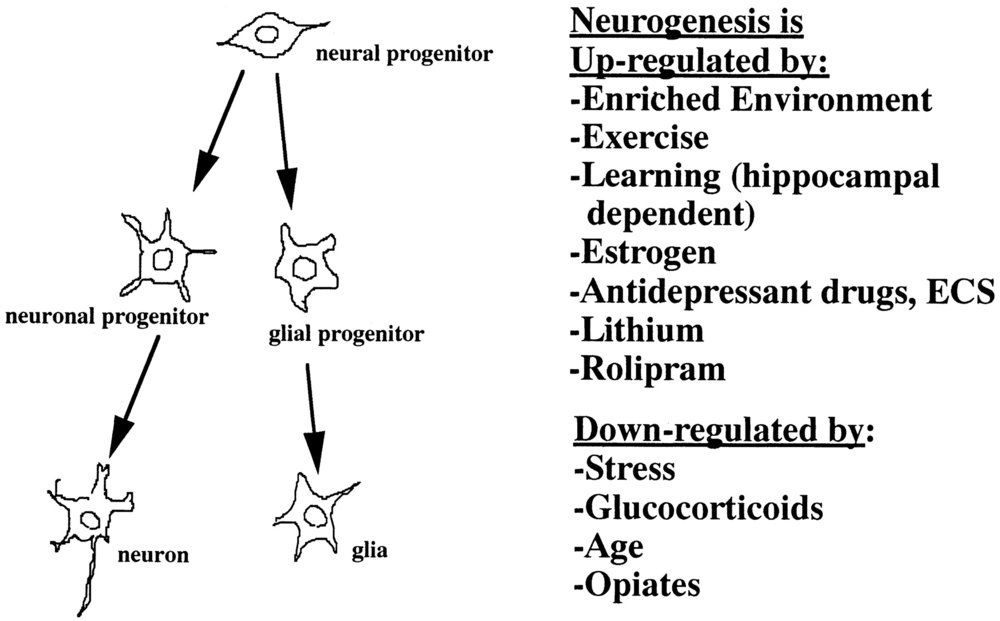 There are a bunch of things that are shown to affect the neurogenesis process in the brain. As neuron production is tied to mental health, changing your habits can help you feel better and live more happily.

Spacing out your meals, or intermittent fasting, will increase your neurogenesis, as will eating flavonoids found in blueberries or dark chocolate. Omega 3 fatty acids, found in fish, can also help

It’s also important to get enough sleep. In an article from Scientific American:

Sleep serves to reenergize the body's cells, clear waste from the brain, and support learning and memory. It even plays vital roles in regulating mood, appetite and libido.

So don’t drink caffeinated beverages after 5PM, turn off all screens a half-hour before bedtime, maintain a regular sleep schedule, and make sure that you practice good sleep hygiene.