Farmed Salmon has tremendous health risks for the consumer 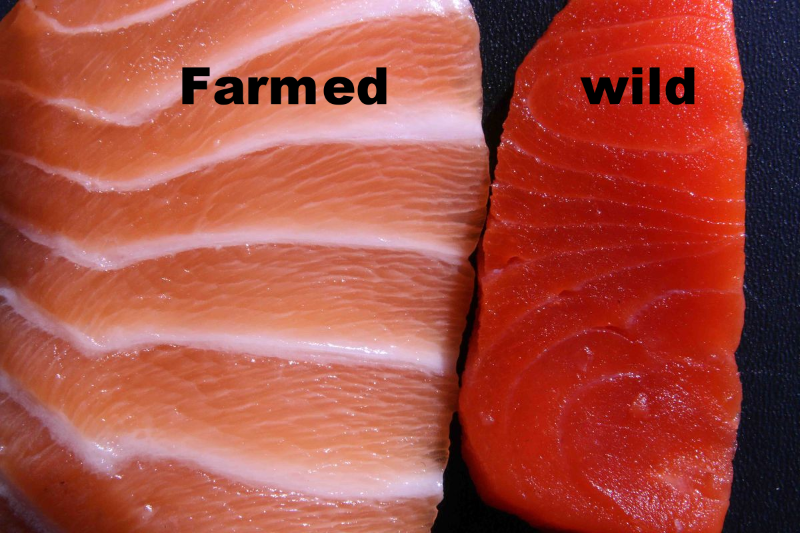 Fish have been an important part of the human diet since time immemorial, but overfishing has depleted a lot of the most popular fish stocks. There has been attempted to supplement the stocks by fish farming, where the fish are cultivated in carefully managed environments. Unfortunately, the fish grown in these stocks threaten the wild fish with diseases, they pollute the environment, and they create an inferior fish. The fish thrown in these environments because they provide fewer healthy nutrients and store toxins more readily in the fish.

From the Global assessment of organic contaminants in farmed salmon published by National Institute of Health.

The annual global production of farmed salmon has increased by a factor of 40 during the past two decades. Salmon from farms in northern Europe, North America, and Chile are now available widely year-round at relatively low prices. Salmon farms have been criticized for their ecological effects, but the potential human health risks of farmed salmon consumption have not been examined rigorously. Having analyzed over 2 metric tons of farmed and wild salmon from around the world for organochlorine contaminants, we show that concentrations of these contaminants are significantly higher in farmed salmon than in wild. European-raised salmon have significantly greater contaminant loads than those raised in North and South America, indicating the need for further investigation into the sources of contamination. Risk analysis indicates that consumption of farmed Atlantic salmon may pose health risks that detract from the beneficial effects of fish consumption. 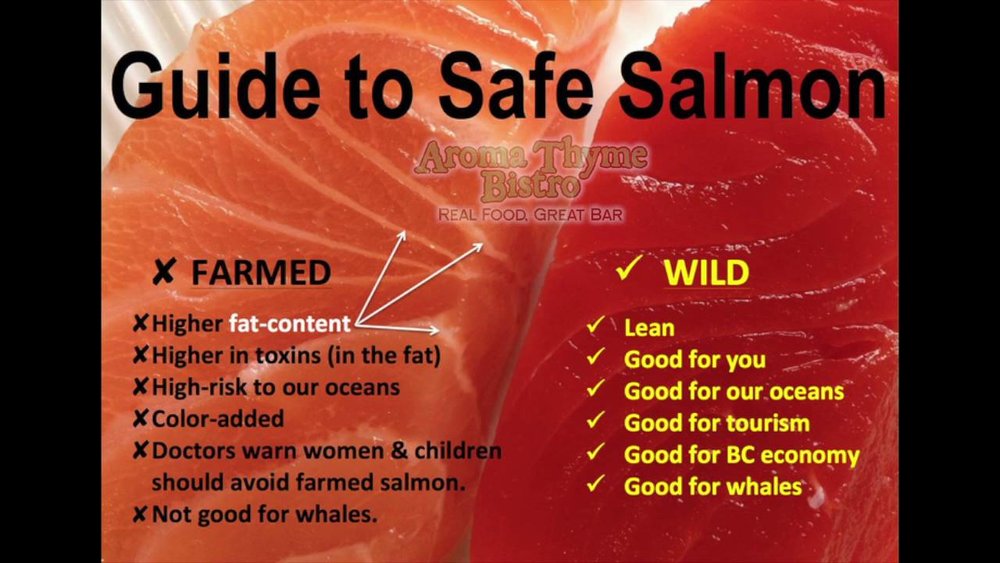 On average, polychlorinated biphenyl (PCB) concentrations in farmed salmon was eight times higher than in wild salmon. PCB has been listed as a carcinogen from the EPA. Other tests have shown that the consumption of farmed salmon can lead to insulin resistance and glucose intolerance.

And in a new series of studies, they’re discovering that many farmed salmon contains polybrominated diphenyl ethers (PBDEs), which were a class of chemicals once used as flame retardants before being removed from the marketplace. Health risks associated with these chemicals, include infertility, birth defects, neurodevelopmental delays, and cancer. In fact, flame retardant chemicals have been identified as one of 17 "high priority" chemical groups that should be avoided to reduce breast cancer.

The world needs food, but we need to be more careful on how we fill that need. Unregulated farming produces severe risks to the consumer. As one report stated, you’re essentially better off eating junk food instead of farmed salmon.